What's It Like to Own a New Nissan Titan in Billings? Ryan Mason Explains 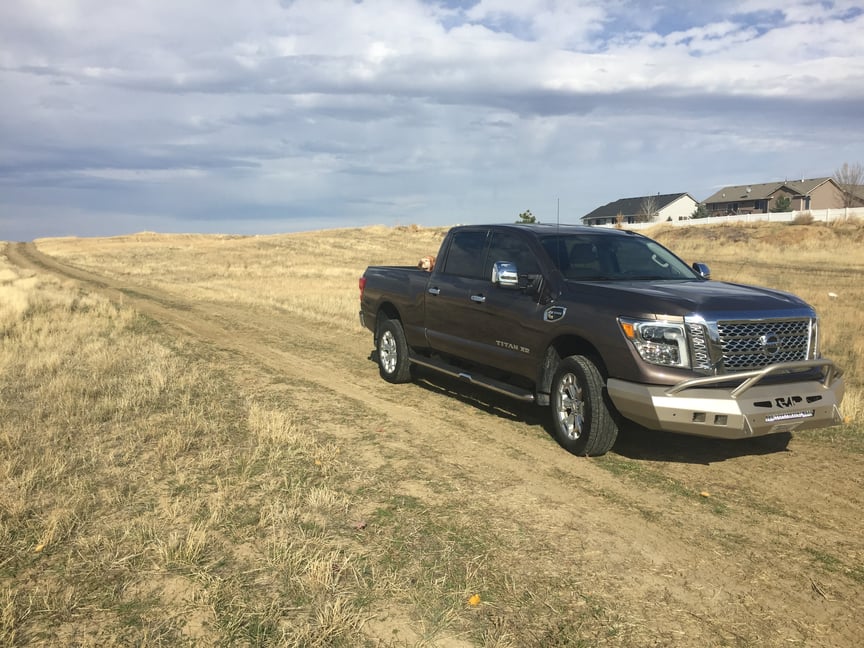 When Nissan announced that its full-size pickup truck, the Titan, would be completely redesigned for 2016, Billings resident (and truck enthusiast) Ryan Mason was all ears.

Having owned several pre-owned trucks in Billings in the past, Ryan was ready for something bigger and better. He wanted a truck that was heavy-duty in power and capability, but light-duty in efficiency and driveability.

With the new Nissan Titan, Ryan could have the best of both worlds.

Ryan, tell us a bit about your Nissan Titan.

I have a 2016 Nissan Titan XD SL model, which I bought new. It has a metallic bronze exterior with tan leather interior.

The main reason I looked into the Titan was the fact that it was a half-ton truck with a diesel motor.

Dodge had the first version of that, but their engine was geared more toward fuel economy and didn't have a good balance between that and the power and capabilities you want in a truck.

Nissan put a bigger motor and better power ratio in the Titan. They also built the truck with a fully boxed frame and a more heavy-duty steering system. The transmission and rear differential are both heavy-duty as well. Plus, the brakes are larger....

All in all, I'd say the Titan is over-built for what it is — it's got better capability for a better price.

What are some of your other favorite features of the new Nissan Titan?

I love the way it rides — it's better than the competition. The driveability is just great. The seats are super comfortable, too.

Mostly, it's that diesel motor in a half-ton truck. And the brakes. The brakes are phenomenal!

Where do you take your Titan in Billings?

I have a wife and three daughters, and since I have the crew cab version, there's plenty of room for everybody. The wind noise in the cab is super quiet, too.

How long have you owned your Titan?

I bought it a little over a year ago. It's treated me well!

Every time I've taken my truck in [to Denny Menholt Billings Nissan] for service, they've been really good about upgrading it as far as fine-tuning the program and motor as they develop. I'm happy with the maintenance so far.

Why did you choose to buy from Denny Menholt Billings Nissan?

I had been researching the Titan for about a year before I purchased it. I was following the progress as Nissan was developing it in 2016, and I actually inquired about new Titans at Denny Menholt Billings Nissan before they were even out.

I ended up developing a good relationship with a salesman who was really knowledgeable about the vehicle. Every time a new Titan would come in, he'd call me right away to see if I wanted to come check it out.

What really got me to pull the trigger was a hail storm that came through Billings, so I got a great discount on this particular model during the hail sale.

Mainly, though, it was the great sales staff that made me want to buy from Billings Nissan. It wasn't just the convenience — I would have driven to California to pick one up!

Give us your final thoughts on owning a new Titan in Montana.

It's fun. Nissan has started to come out with more after-market parts to customize the Titan, so I’m slowly doing that.

Bottom line, though — I enjoy the heck out of this truck.

(Unfortunately, my high-school daughter enjoys it just as much. She's constantly stealing it.)

Well, Ryan, we can't keep your daughter from stealing your truck...but we will continue to do whatever we can to keep you happy with your new Nissan Titan.

On behalf of our staff at Denny Menholt Billings Nissan, we'd like to say a big thank-you to Ryan Mason — not only for buying and servicing his truck here, but also for taking the time to talk to us about his experience with the new Nissan Titan in Montana.

We owe you one, buddy! 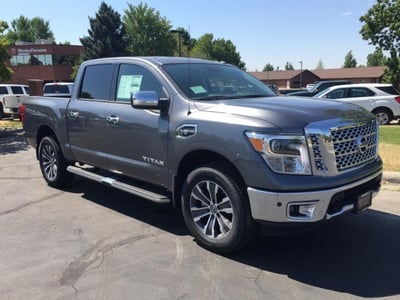 Find Your Own New Nissan Titan in Billings!

We promise Ryan is trustworthy, but we know you can't totally buy his testimonial until you experience the Titan yourself.

That's why we've written this informational article about the new 2017 Nissan Titan in Billings. Read up on all the awesome features Ryan mentioned (and more).

Then, check out our inventory of new Titan trucks for sale in Montana. We've got a variety of trim levels, colors, and features to choose from!

Finally, schedule a personal test drive during a time that works for you. That way, you can try the Titan on for size — and see for yourself what Ryan is talking about!

LEARN MORE ABOUT NISSAN TRUCKS AND CARS IN BILLINGS, MT

We want to share as much as we can about the vehicles, people and specials that make Denny Menholt Nissan stand out among Montana Nissan dealers. Subscribe to be the first to know about new events, news and specials.

See all
Back to top